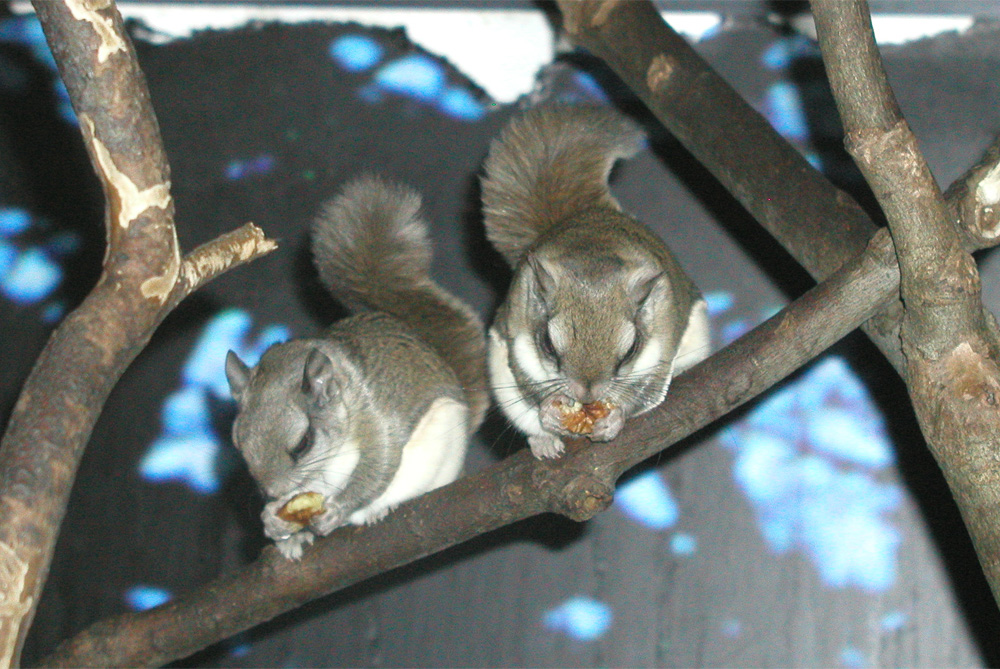 The flying squirrel is one of four different types of squirrels found in Virginia. Squirrels are members of the rodent family, which includes beavers, chipmunks, mice and rats. Flying squirrels have a velvety coat of grayish-brown fur, big brown eyes and a pearly-white belly. When they are born they are hairless, blind and completely dependent on their mothers for care.

The flying squirrel is found throughout most of the United States. Unlike the other types of squirrels, the flying squirrel is nocturnal, meaning it is mostly active during the night. Its keen eyesight, hearing, smell and agility allow it to act quickly and stealthily in the dark.

The flying squirrel gets its name from its ability to soar through the air. A loose flap of skin on either side of its body connects from its fore leg to its hind leg. This feature allows the squirrel to create an airfoil and travel faster without ever touching the ground. When moving from one tree to the next the flying squirrel jumps off of a branch, stretches out its legs, and glides towards its destination. The squirrel steers by using its tail as a rudder. Flying squirrels can sail up to 40 yards in a downward direction.

Flying squirrels are very caring and sociable creatures. During the cold winter months they will open up their homes to other squirrels, and can even be found cuddling with them for warmth while they sleep. Up to 50 squirrels have been found living within one nest. They do not hibernate, but they are much less active during the winter.

6
Previous
Next
Connecting people to nature through educational experiences that promote conservation.