The aquarium staff at the Virginia Living Museum makes a concerted effort to lend our time and resources to conservation projects on site and in the field. On April 25, fellow aquarist Patrycja Lawryniuk and I got the opportunity to work on the Idaho Reef Castle Project in collaboration with the Nature Conservancy. This is phase two of an ongoing project the Nature Conservancy has developed to reestablish American oyster populations in coastal waters. The primary goal of this phase is to construct a reef using oyster “castles”; concrete-based structures that resemble castles. These oyster castle blocks are positioned in long rows and then stacked to raise the surface of dead oyster reefs, allowing them to become functional three dimensional habitats with sea level rise.

This project site is located on the Eastern Shore near Machipongo, approximately an hour and a half drive from the VLM. To reach the reef from our launching point, we boarded a Carolina skiff to the project site less than a mile offshore. Because the site is located in shallow water, each construction day is planned around the tides so we went out at around 11AM (low tide) so lower castle pieces were visible. 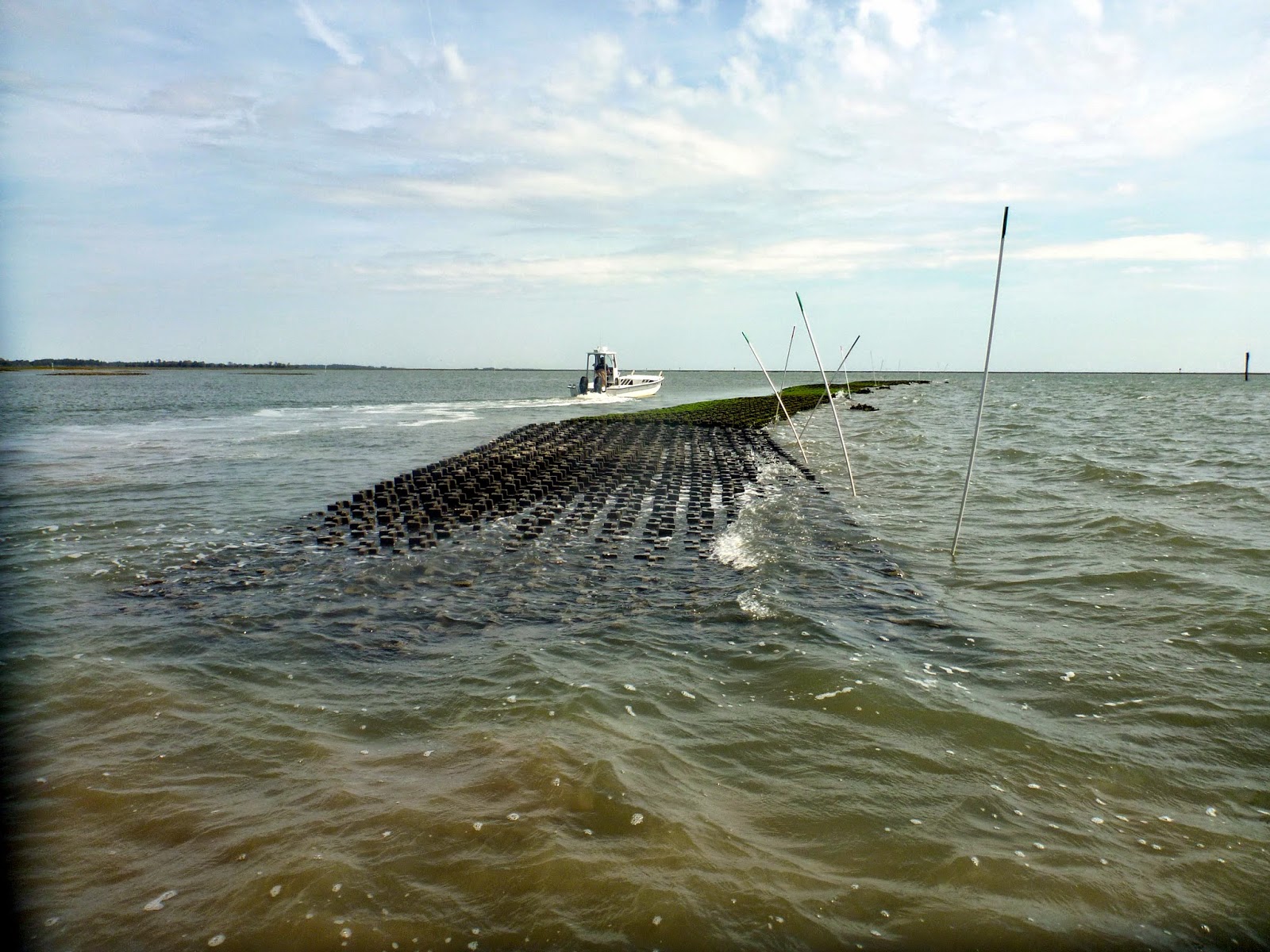 At low tide, the top level of the oyster “castles” is exposed above the water along with oysters that settle upon them. However, oysters thrive in these nutrient rich tidal flats and are able to survive periodic exposure by tightly clamping their shells shut and filling their mantle with seawater. As filter-feeders, oysters help to maintain healthy water quality by removing excess nutrients from the water. When oysters are filter-feeding, they relax their valve muscle, thus opening the shell allowing nutrient-rich seawater to enter.

American oysters are an essential component of the Chesapeake bay aquatic ecosystem. Oyster bars provide secure structure for various plants to thrive on and three dimensional habitat that are home to a multitude of small fishes, crustaceans and invertebrates. Additionally oyster reefs help to minimize coastal erosion by dampening wave action and stabilizing soft sand and mud substrate. Oyster reefs are critical to the success of coastal marine ecosystems, yet their populations have been depleted due to overfishing, dredging, habitat loss, and pollution; their current population in the Bay are less than one percent of historic levels. This project is aimed to alleviate oyster population loss by providing a habitat for oyster spat to survive and flourish to their once-sustainable population.