Hey, that film’s already opened.  I saw that on a marquee just last week.

And if you remember that line…you go all the way back to the A-Team in the 1980s.  Good for you.

So for this installment, I wanted to explain why the Abbitt Planetarium closes down after Labor Day every year.  Let me start by explaining how things used to work.

Back before our renovation, when we were still a “traditional” planetarium (meaning no digital equipment), we closed for 5 different weeks each year.  During those weeks, we would be programming and installing a new planetarium show.  This meant dealing with hundreds of slides, synchronizing everything with SMPTE time code, and then testing and debugging the show for days on end.  We generally got very little sleep during those weeks…and we had to close every time we wanted to install a new show.  Plus, we could only do one at a time.  Ever.

These days, with our digital technology, programming a new show is much, much easier.  We no longer need to close for a full week when we want to get a new program in place.  And having multiple programs that can run during a day is simple!  So…why do we close for three weeks then?

The main reason is that it allows us some time to do all the maintenance tasks that we used to do back in the day when we were closed for show installation – clean the carpets, repair the seats, back up the computers, repair the dome, clean the projectors, remove outdated materials, and all that other stuff that is so much easier to do when you don’t have to worry about customers coming in.  Another reason is that we do need some time in the theater to work out programming issues, and September is generally slow, what with kids just back to school and all.  Finally, the Abbitt Planetarium is run mostly by two people, and after a long summer of 7-days-a-week operation, we’re pooped!  We generally get to take our “summer vacation” after the summer months, so we can be here during the time when other folks are looking to enjoy the theater on their vacations.

So while we won’t really be remodeling, the Abbitt Planetarium will be closed from September 6 through September 30, to spruce things up a bit, and get some more shows ready to go.  So what can you expect to see on October 1?

One thing we’ll have going on is a continuation of our summer preschooler program The Zula Patrol: Under the Weather.  What will make it extra fun is that we’re partnering with the Children’s Museum of Richmond, who will be hosting a Zula Patrol themed exhibit during the fall!  If you’re a member of the VLM, you can visit the Children’s Museum for free and enjoy the Zula Patrol experience.  If you’re a member of CMoR, come visit the VLM for the planetarium show!  You’ll receive a discount on your admission to the museum, and the Zula Patrol show for free. 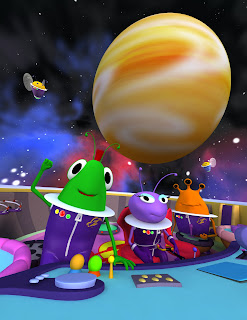 We’ll also be featuring IBEX: Search for the Edge of the Solar System.  If you’ve not yet seen this visually stunning show about NASA’s Interstellar Boundary Explorer, come join us this fall for sure.  This show will be gone in November, as we’ll be transitioning over to our holiday programming by Thanksgiving (which we’ll also be working on this September!).  IBEX is studying the region of space where the Sun’s influence ends, and interstellar space begins.  Scientists are learning some amazing things about how this boundary keeps us safe as we journey through the Milky Way. 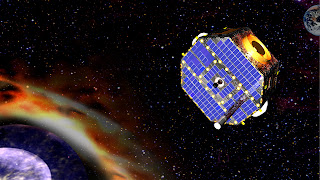 An artist’s conception of the IBEX spacecraft.  Courtesy NASA.

And on the weekends, you can always catch Virginia Skies, our classic program about what’s going on in skies above us on any given night.  Plus we’ll be busy behind the scenes, getting ready for our Halloween event, Night of the Living Museum, and work has already begun on the shows that will premiere in 2012 (A doomsday show?  Oh yes, you bet we’ll have a show about the end of the world!).  Can’t wait until October for some fun in the planetarium?  Join us on September 10th for our monthly star party and laser light night.  Catch an evening showing of IBEX at 7:30pm, and then stay for some amazing laser shows.  At 8:30pm is Laseropolis, a fun and funky mix of great music for families.  At 10pm is Laser X, a hard-rockin’ alternative experience.  Wrap up the night with Pink Floyd’s Dark Side of the Moon at 11:30pm.  We’re really hoping for clear weather, after the rain washed out August’s star party.  Hope I’ll see you there!

So come by and see us this Labor Day weekend.  Take in one of the shows that will be leaving us for a while.  And then stay tuned – more fun will be coming soon!  So until then…