Throughout the Virginia Living Museum’s expansions, name changes and transitions, pivotal leadership has bolstered the staff, volunteers and community to continue the Museum’s mission.

Key directors in the Museum’s history held on to the vision of the Junior Nature Museum and Planetarium and pushed to expand and transform it to meet the needs of the community.

Robert “Bob” Sullivan and Gloria Lombardi were two directors who did just that, developing the Museum into the nationally renowned institution it is today. During his tenure as director, Bob Sullivan guided the Museum through an enormous transformation, turning the Peninsula Nature and Science Center into the Virginia Living Museum, the first living museum east of the Mississippi River.

When he joined the Peninsula Nature and Science Center in 1979, Sullivan saw the founders’ vision for the Museum and recognized potential in the small building in the woods.

“I regarded it as a small diamond in the rough with some plans that would move it ahead in some new areas,” Sullivan said.

During this time, there was a nationwide push to teach physical science, so the Peninsula Nature and Science Center had built the Discovery Center with physical science exhibits for visitors and students.

“While we fulfilled that commitment,” Sullivan said, “I think that perhaps it was never thought to be a comfortable match for the vision for the Museum as the nature and science center. Physical science is one thing, but natural science seems to be the focus of the Museum.”

Pushing to return to the Museum’s roots, Sullivan worked with the board to develop long-term plans for the future, resulting in a Five-Year Strategic Plan that would shape the Museum from 1983 to 1988.

“I had been talking with the trustees and Harry Wason, and they had a bigger picture for the museum,” said Sullivan. “They thought it could do more in terms of education and community. Harry was urging us to think big.”

And thankfully Sullivan was a big thinker. He proposed a novel concept to reshape the Museum—an idea not only new to the Museum but to the entire east coast.

Sullivan pushed for a living museum.

“The unique part of my tenure there was the freedom to think big and have a board that was very supportive of new ideas and as long as they were grounded in some financial common sense,” said Sullivan. “They were ready to move this Peninsula Nature and Science Center on to something that we could describe as a brand new concept.”

So with support from the board, Sullivan traveled to the southwest to bring the living museum concept to Virginia. “At the time I was aware of the Arizona-Sonora Desert Museum but had not visited it,” he said. “I had read a couple of articles about it and it intrigued me that what it did was take the Sonora Desert in Arizona and northern Mexico, and peel it apart sort of like an onion from a natural science standpoint—the geology of it, the animal life, the plant life. It showed it as a unique ecosystem in the region, and it used live animals and living plants to show that.”

After seeing the Arizona-Sonora Desert Museum’s exhibits and operations, Sullivan was convinced that the Peninsula Nature and Science Center could become a living museum too, but the transformation took time and funding.

Model of the Virginia Living Museum highlights the Museum’s gained space, including a glass aviary.

Under his direction, the Museum expanded its building to make room for the additional animal space and storage needed for live exhibits. Expansion also included an aviary, outdoor exhibit space for live animals and improvements to the planetarium.

With changes to the Museum came lessons learned for Sullivan and his staff.

“We built structures for nighttime enclosures for the bald eagles and the deer—before we found out the deer would just as well stay out,” he explained. “They didn’t like going inside at night. We soon found out that trying to round up those critters at night and get them into their holding area was a tough task.” The Virginia Living Museum, which Sullivan called a “living lab,” was a new challenge for Museum volunteers and staff.

The aviary was also a lesson for Sullivan and his team. “That’s where we focused a lot of our time,” he said. “We were trying to make sure that the heat and humidity and sun light and the animals themselves in that environment, along with the plants, were comfortable. That was literally a living lab.”

When the Museum opened, it hosted an expanded group of live animals in naturalistic habitats for guests to visit and learn about.

“We wanted to show the more charismatic animals to grab people’s attention, and then once you’ve got their attention tell them how the animals fit into the particular ecosystem,” said Sullivan.

The living museum concept is unique, and sometimes hard to explain. But the Museum team and the community’s support made the transformation a success.

“The Peninsula Nature and Science Center had already established a track record of service and fiscal responsibility,” Sullivan said. “In the entire planning and implementation process, we had a unique group of core individuals who were highly talented, who were enthusiastic about the concept that we were trying to put in place. ‘Can’t’ wasn’t in the lexicon.”

With Sullivan’s drive, the Peninsula Nature and Science Center underwent an extensive transformation—new name, new building, new concept. After that success, Sullivan left in 1994 to help a new living museum get started in Tennessee, but the Virginia Living Museum’s evolution still remains special for him.

“We were able to pull off this larger vision of how unique these ecosystems are in our home state of Virginia, and how it is critical to preserve them,” he said. “It was the most delightful part of my 40-year career in museums.” 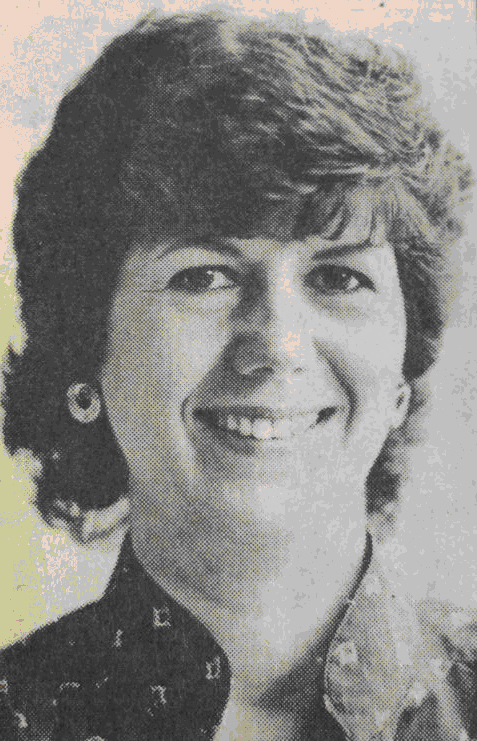 Supporting Bob Sullivan as the Virginia Living Museum debuted, Gloria Lombardi became a staple on the Museum staff. As volunteer director, she formed a network of volunteers that now exceeds 550. Her in-depth knowledge of the Museum and its needs helped her lead the Museum after Sullivan’s departure until 2005, overseeing the Museum’s greatest expansion yet.

Lombardi began at the Museum as Volunteer Director during the months leading up the Virginia Living Museum’s grand opening in 1987.

“When I started it was closed down,” she explained. “We had animals in classrooms and the small staff were all in an office. I fell in love with it and its vision right away.”

She was tasked with creating a robust network of volunteers to support the expanded Museum’s operations, working with the department heads to understand exactly what they needed.

“I had heard from Bob that we needed 100 volunteers,” she said, “but once I spoke with the different department heads, it was 200 volunteers.”

Working with the volunteer network gave Lombardi an intimate look at the needs of the Museum, allowing her to learn the ins and outs of the departments and exhibits. And right away, she saw the importance of volunteers.

“Volunteers are invaluable to a place like this,” she said. “We had college professors volunteering, people working towards medical degrees.”

And after Sullivan left the Museum in 1994, Lombardi’s experience helped her fill the position of interim director. But as with all transitions, there were challenges.

“It was very difficult,” Gloria said about acting as director. “I had to make some difficult decisions.” Balancing the budget was always a challenge. “I had to say no,” she said, “that was hard.”

After a year, the board found a new director and Gloria served as the first deputy director at the Museum. She returned to the director position again in 1999, though, for her biggest challenge yet.

Even with the 1987 expansion, the Virginia Living Museum couldn’t hold as many guests and school tours as the staff wanted to serve.

Gloria knew it would take more than another expansion to solve the problem. The Museum would need a whole new building.

Leveraging support, Lombardi oversaw the $22.6 million expansion from 2002 to 2004, during which a new 62,000-square-foot building was constructed to house the Museum—nearly four times the size of the little brown building.

“The community believed in what we were doing,” she said. “And the city of Newport News was solidly behind us.”

A huge project like this took long nights and around three years to complete, but Lombardi kept her staff and volunteer corps on track.

“It took three years to build, but we never closed,” she said. “We kept the brown building open.” While still operating in the old building, Lombardi oversaw the design and construction of what became the current Virginia Living Museum.

With the new site, the Museum could finally accept all the field trips and guests asking to tour.

“We could literally showcase the whole state,” she said. The new building housed exhibits showcasing the different regions of Virginia, and could serve the expected guests.

Although she retired a year after the Museum’s opening, Lombardi says she’ll always appreciate its unique qualities. “You can see the learning taking place—children always gaining knowledge,” she said. To her, the best part of the Museum is the education. “It’s a special thing,” she said.

VLM Through the Years > Virginia Living Museum’s past Directors