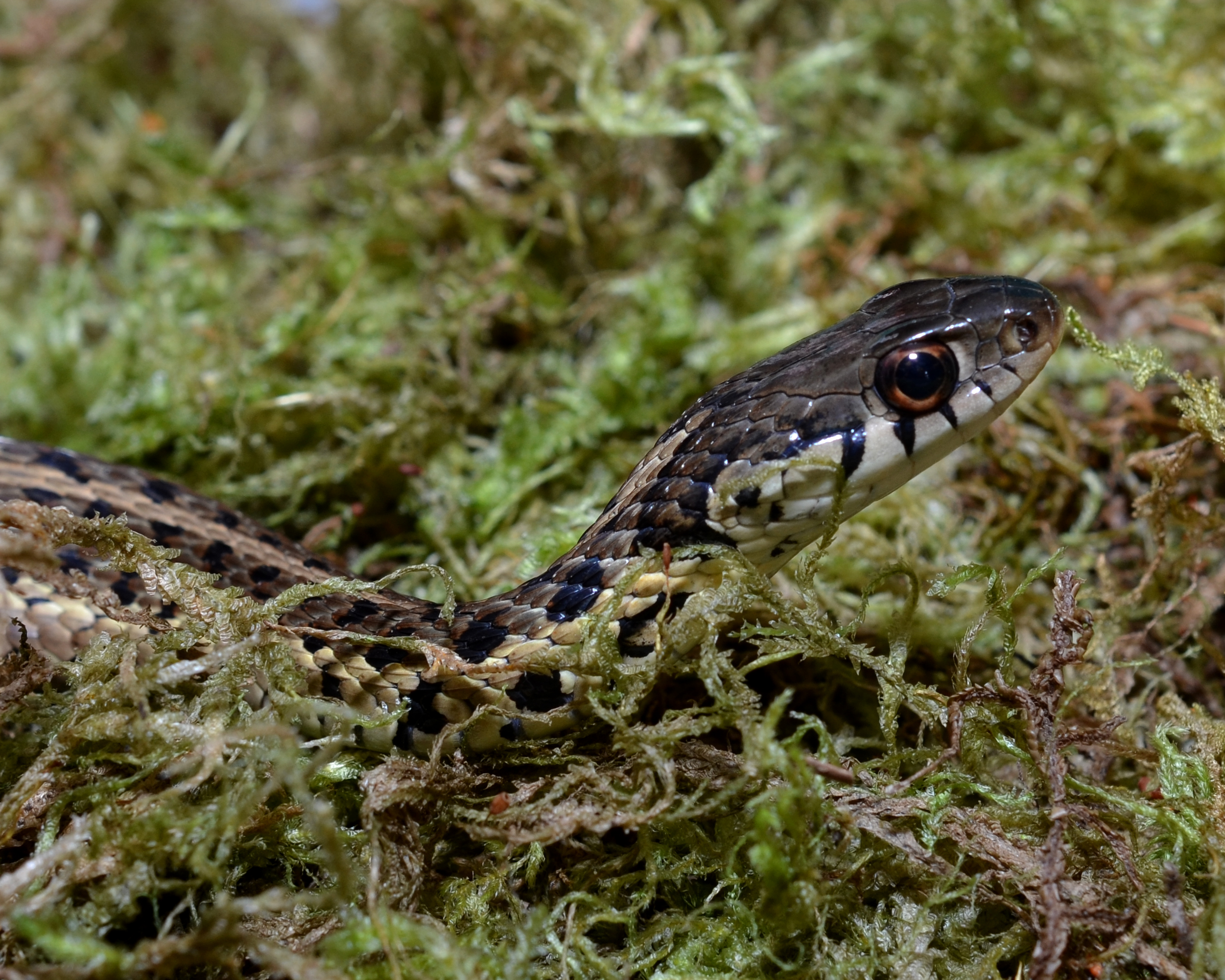 I recently posted an instructional guide on what to do if/when you find a snake in your yard. Today, I thought it’d be a good idea to briefly introduce a few snake species so that homeowners might better be able to identify the snakes that most commonly turn up in local yards. Virginia is home to more than thirty species of snakes, but I’ve narrowed this post down to just a handful of species that are encountered most frequently around local homes and gardens.

More commonly known as the Black Rat Snake, this snake is Virginia’s longest native snake, capable of reaching up to 8 feet in length! It is one of the most commonly encountered snakes on the East Coast, and can regularly be found in close proximity to humans and their homes. While their sheer size makes them formidable, Eastern Rat Snakes are actually very docile, and will typically flee at the first chance when encountering people. As their name suggests, they feed predominantly on rodents, drawing them closer to people where mice and rats are most active. They are generally black in color, though some, like the photo, may still retain some of their juvenile coloration (young rat snakes are grey with black splotches), and have a black and white “checkerboard” pattern on their belly. They are a very arboreal species, commonly found in trees, barns and the occasional attic. The eastern garter snake is a very commonly seen resident of Virginia. Though it doesn’t grow nearly as large as the rat snakes, it can still reach a respectable four feet in length when fully grown! Garter snakes are beneficial to people because they consume small rodents and insects that we deem as pests, but may also feed on fish, worms, frogs, eggs, leeches and even other snakes. If disturbed, a garter snake may bite, but will generally also release a foul smelling musk, prompting a predator to release it. The are easily identified by three yellow strips running down the length of their bodies, with a checkerboard pattern of spots between the stripes. Home owners will not find garter snake eggs on their property, as these snakes actually bear live young and do not lay eggs at all! 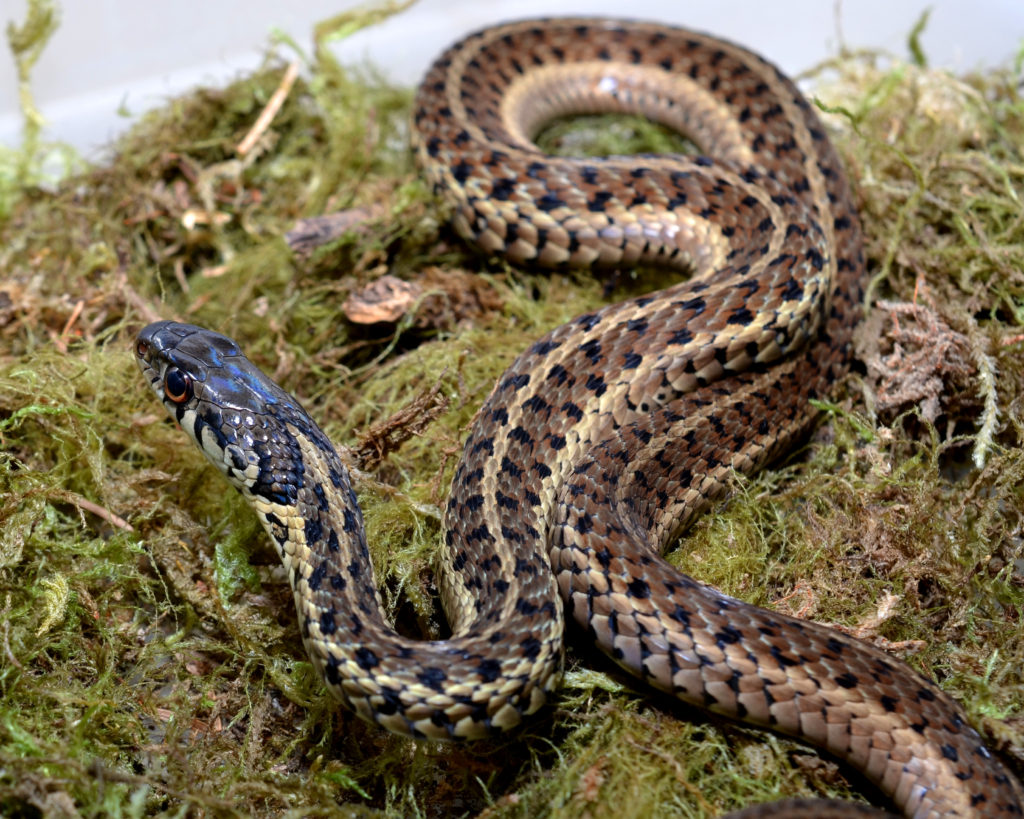 The Rough Earth Snake is a very small, fossorial (burrowing) species, typically only found when gardening or doing yard work that requires digging. At first glance, they may be mistaken as an earthworm, as even the largest specimens are generally less than 10 inches in length! Although they may be encountered in small groups, earth snakes are completely harmless and have never been known to bite even when handled (If necessary, these snakes can be safely picked up and relocated, but like any wild animal, one should avoid handling as much as possible). Rough earth snakes may be brown, gray or even reddish but have no patterns or coloration except for a light band around the neck in juveniles. If they encounter a predator, Rough Earth Snakes may lie still or play dead until the threat passes.

The Eastern King Snake is an average sized snake, generally maxing out around 3 1/2 – 4 feet. Like the eastern rat snake, the king snake is mostly jet black in color, but is easily identified by the presence of white bands or a chain-link pattern. Though they are nonvenomous and fairly docile, king snakes may bite if cornered or handled, and should be left alone whenever possible. If disturbed, a they may shake their tail much like a rattlesnake and discharge a foul smelling musk. Despite this, many homeowners appreciate the king snake because it feeds largely on other snake species, including venomous species like copperheads and rattlesnakes! Also commonly called the Dekay’s Brown Snake, the Brown Snake is another small species of snake, rarely attaining more than a foot in length. It is generally brown or gray, with a central light stripe running down the body bordered by two rows of black spots. Like garter snakes, Brown Snakes feed on a host of invertebrates, most notably earthworms, slugs and snails. Commonly found in yards and gardens, the Brown Snake is completely harmless and docile! 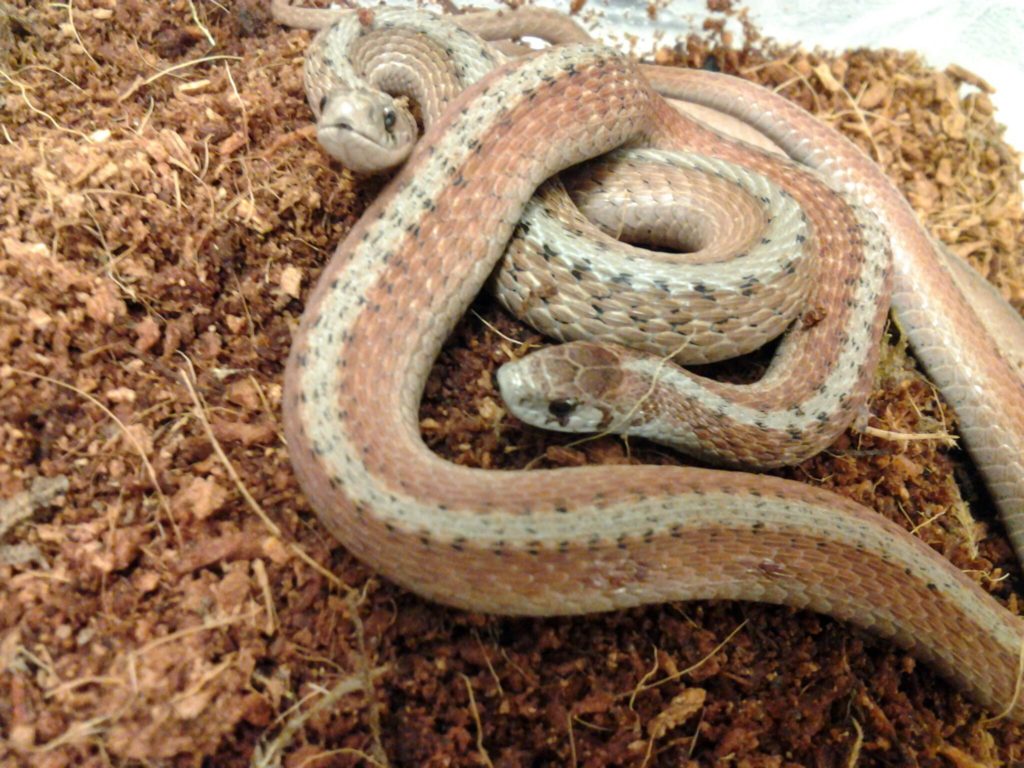 By and large, the snakes we most commonly encounter near our homes are nonvenomous and completely harmless. They are beneficial animals that do much for us in the way of pest control, and we can live comfortably alongside these species with little to no comflict. To learn more about these snakes, and the other snake species of Virginia, come check out the Virginia Living Museum and see them up close! And don’t forget to be on the lookout for these awesome guys the next time you’re relaxing outside, doing a bit of yard work or looking for your next Pokemon!

Note: The snakes of Virginia inhabit different ranges and may occur more commonly in certain areas than others. This post focuses on just a few of the most common species found in Newport News and the Tide Water region. For more information, please consult local field guides on the species native to your area.