By Virginia Fishes In Uncategorized
On the morning of May 1, 2015, animal keeper/trainer Carrie Bridgman found a lethargic and seemingly dazed  ruby throated hummingbird inside the River Otter exhibit. She brought the beautiful little creature inside our husbandry building to allow the otters into the exhibit without them having contact with it.
It was immediately sheltered in a bucket with a baby blanket inside and another covering the top to give it some peace to rest and to hopefully allow it to recover enough to be re-released as soon as possible. I have experience with hummingbirds and volunteered (who wouldn’t?) to monitor it’s health. The first step being warmth on a cool spring morning and re-hydration – if necessary. As I prepared some warm sugar water for it, I heard it stirring inside the bucket. Knowing the fragile nature of this species and following the first rule of animal care – first do no harm – I wanted to make sure it did not injure a wing, so I immediately took it to a protected outdoors area behind the museum  in case it began to flap around or hopefully fly away; avoiding an injured or broken wing is the immediate concern. The hummingbird was going no-where for the moment, and simply rested with eyes closed. I then wanted to offer some water/sugar mix from a 1 cc syringe in case it needed some fluids. Aquarist Patrycja Lawryniuk thankfully was able to capture the little fella on camera. 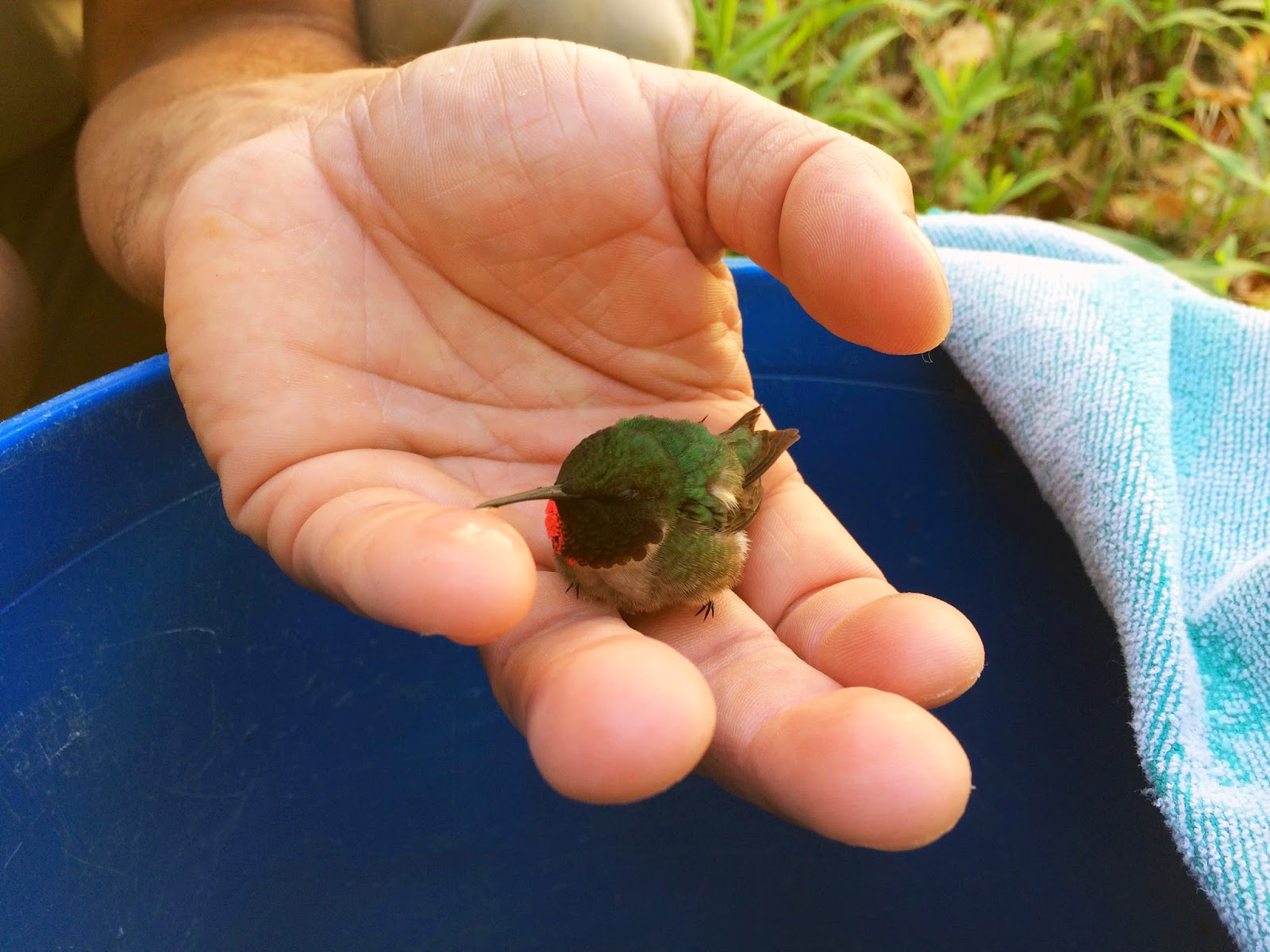 Just out of the bucket; a little subdued but content. 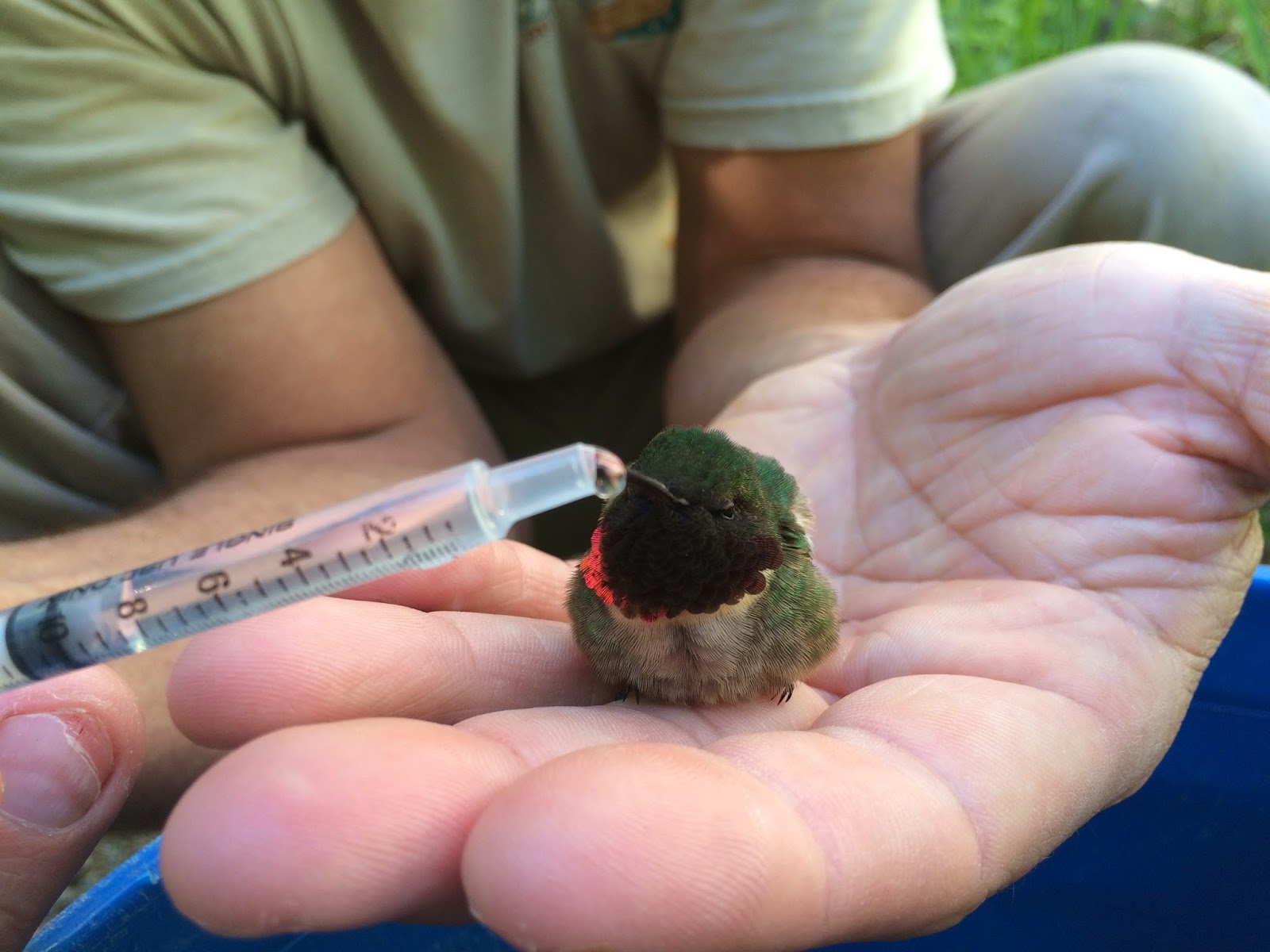 It began to take solution slowly at first, but then very greedily. Thankfully the late spring sun came out just at the right time. 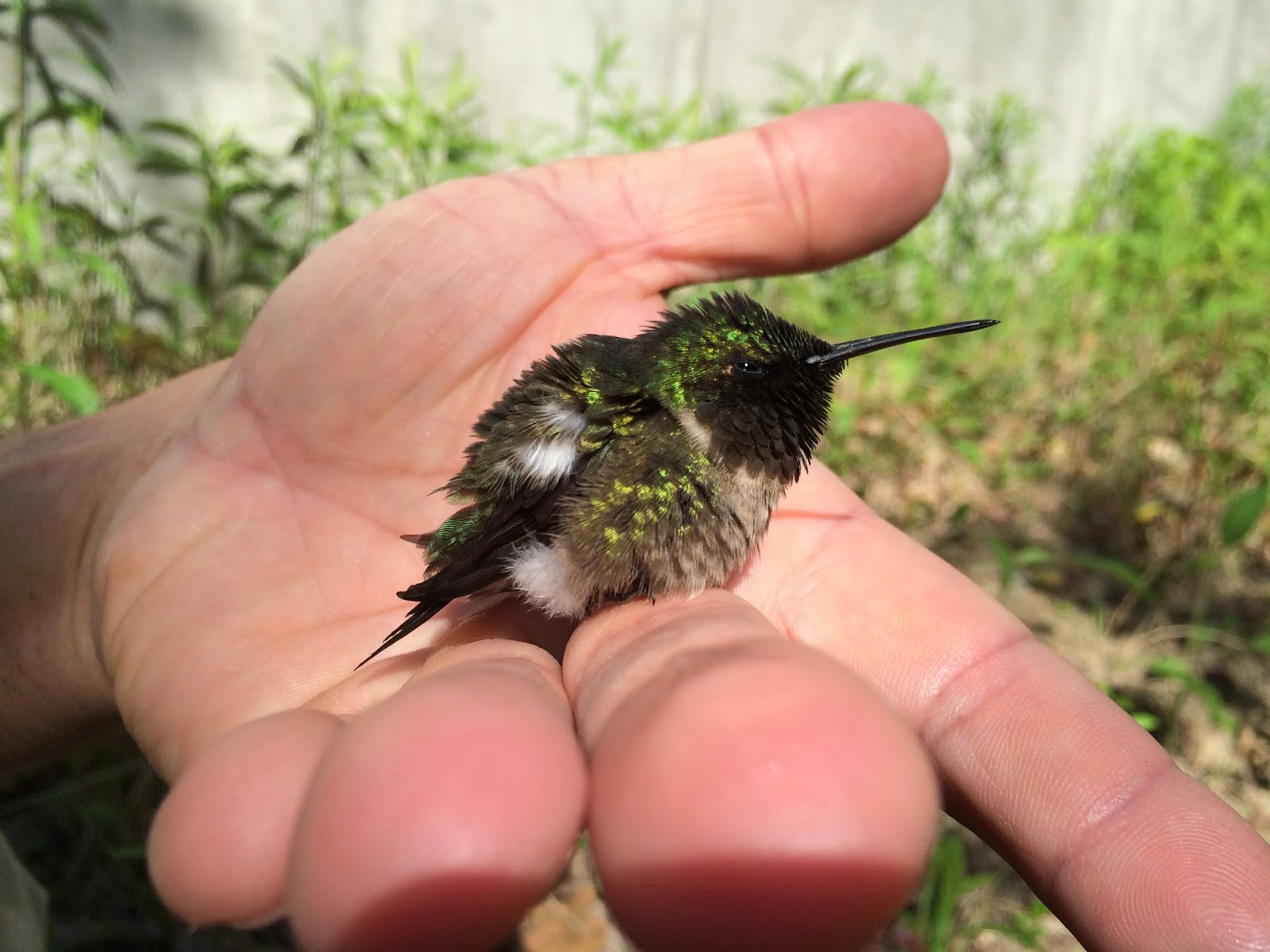 The refreshments and warm sun called for a short nap! 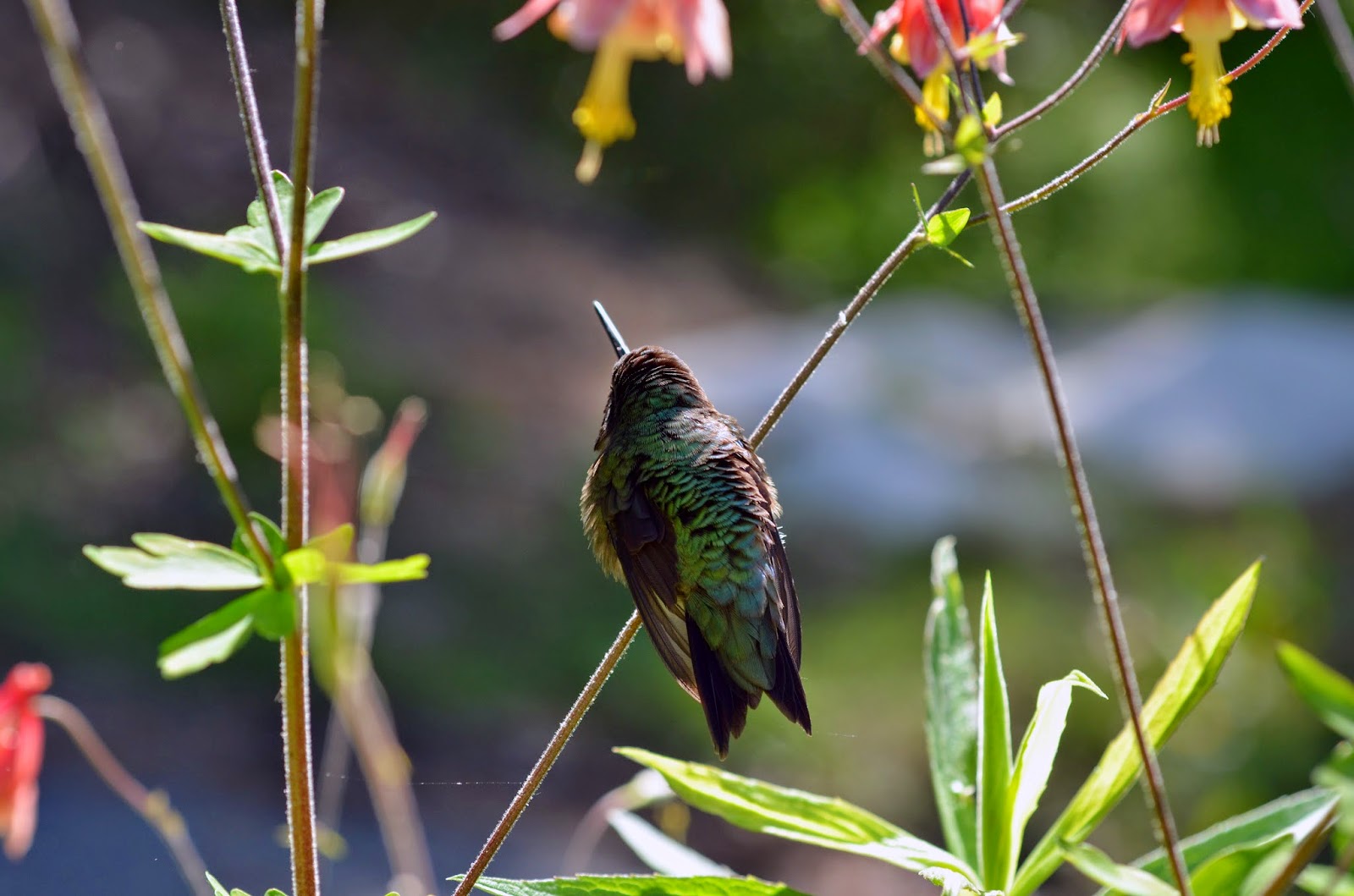 After 15 minutes or so of intermittent rest/feeding, it become much quicker moving and more alert. Eventually it took no more solution, looked around rapidly and flew into some nearby columbine. 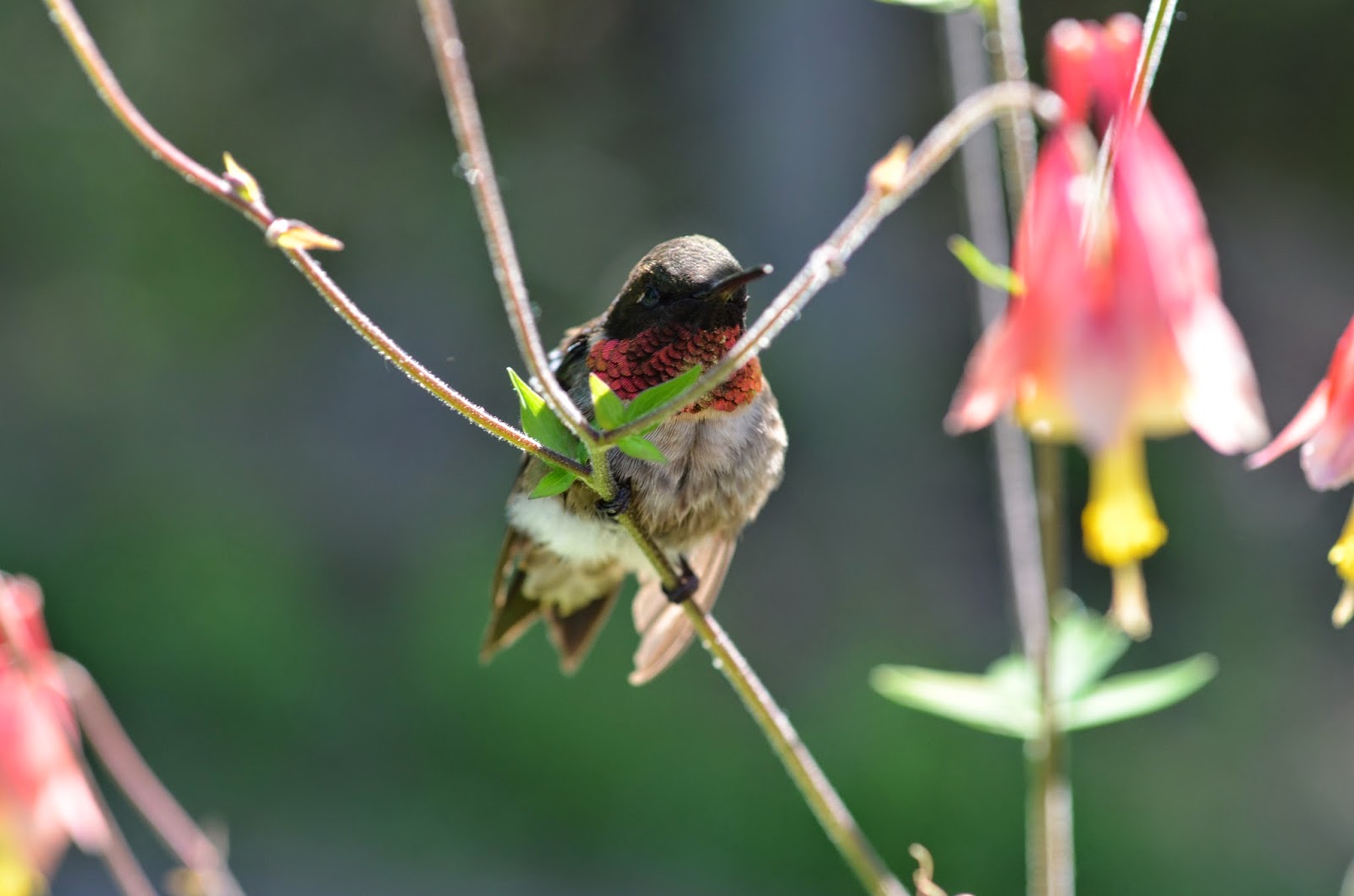 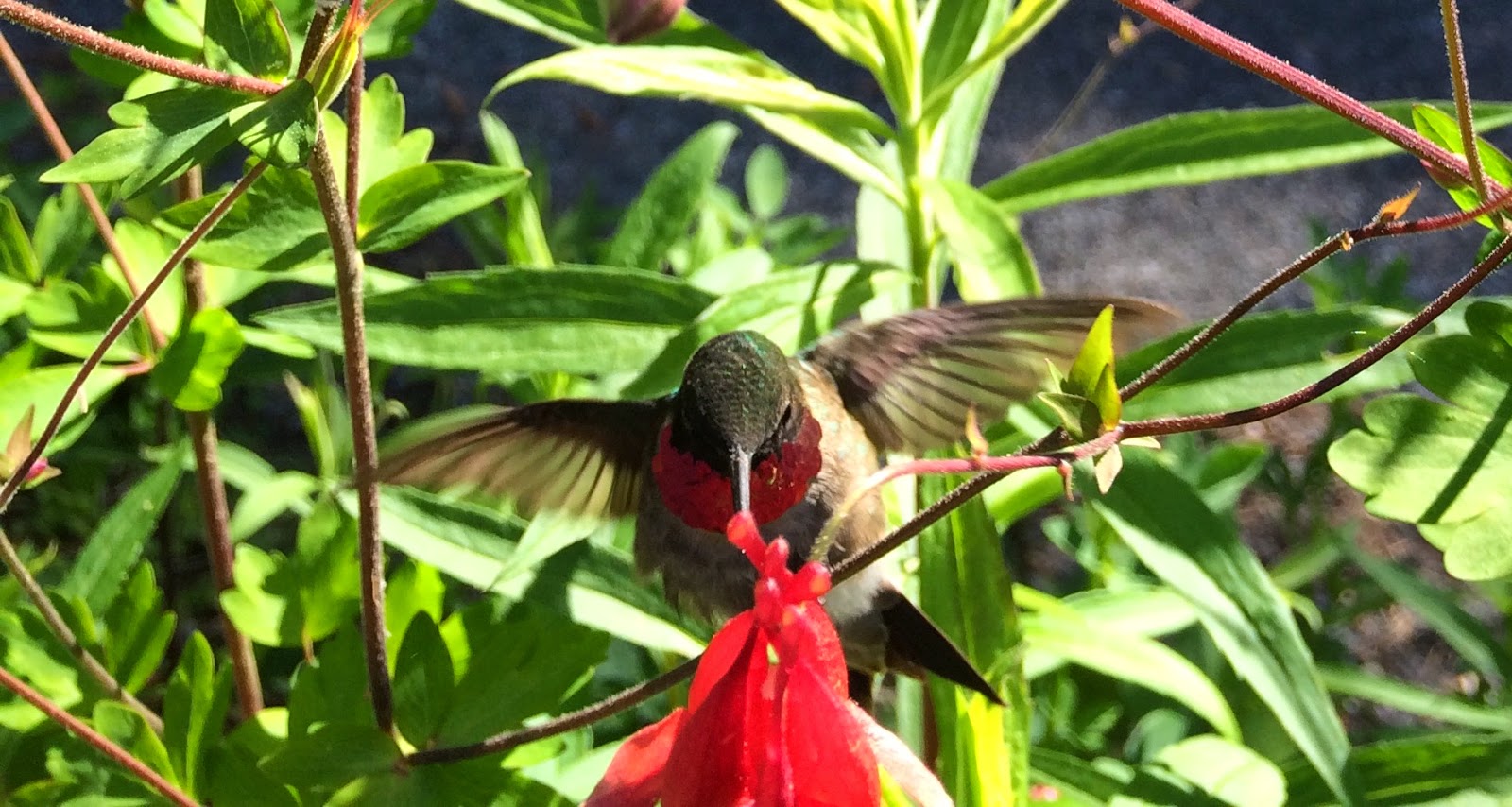 It then fed in nearly every flower for several minutes… 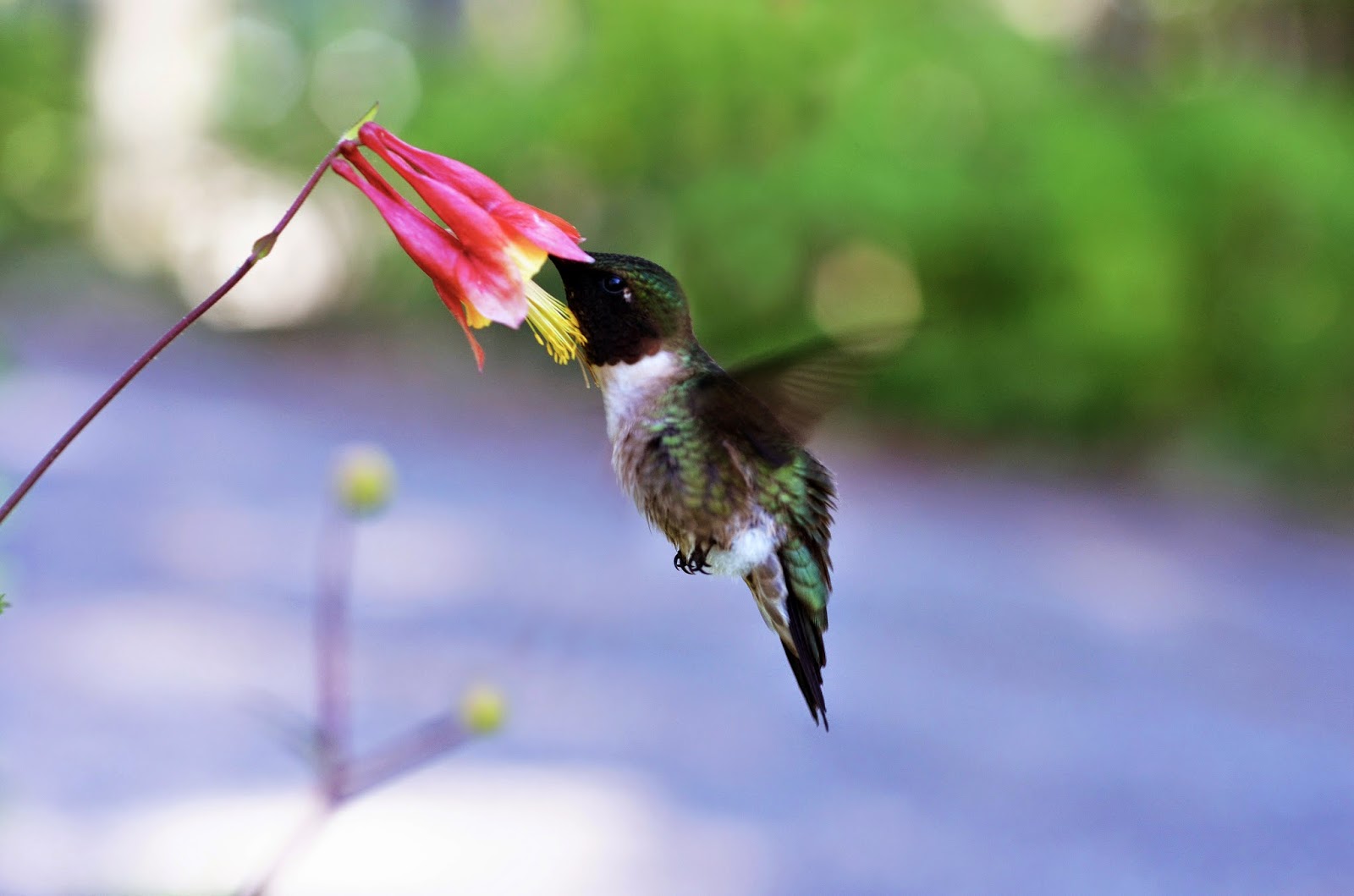 … flitting around faster and faster, and then it was gone, after a brief but ultimately successful encounter that I won’t soon forget.