Happy Thanksgiving everyone!  Since I’ll be off tomorrow, preparing to enjoy the holiday with my family, I figured I’d post a day early, and keep it all on the Thanksgiving theme.

As you’ve likely come to expect from this blog, there also needs to be a generous dollop of humor, so in honor of Thanksgiving and with apologies to David Letterman…

From the home office in Milliways, the Restaurant at the End of the Universe, here’s my Top Five List of spacey things I’m thankful for this Thanksgiving.

5. The Abbitt Planetarium
Yep, I’m thankful for my job!  And not just for the usual it-pays-the-bills reasons either.  I’m one of those lucky people who truly has their dream job.  I get to work with people of all ages and share with them my love of the universe.  I get to exercise my creative drives and make shows in the planetarium on numerous different topics.  It’s like being a Hollywood director without the pressures of Hollywood.  What more could I ask for?  And thank you to all of you who come to visit us and make it possible for me to continue to do what I love.

4. The Hubble Space Telescope
Hubble is truly one of the most remarkable spacecraft ever launched.  It’s the telescope with 9 lives (at least!) and has provided us with innumerable stunning images of the cosmos.  It has survived not only the rigors of being launched into space aboard the space shuttle, but also numerous servicing missions designed to repair and upgrade its instruments.  When the initial flaw in the primary mirror was discovered shortly after launch, many people figured the Hubble was a loss.  Thanks to some amazing work by both engineers and astronauts, Hubble’s flaw was repaired and for over 20 years this school-bus-sized scope has continually made our jaws drop with its incredible images. 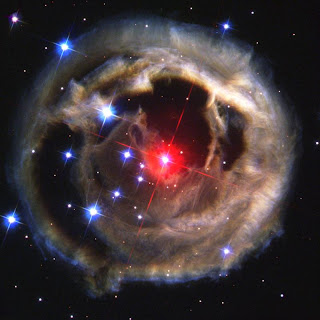 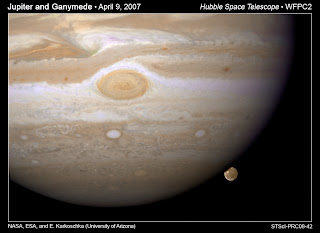 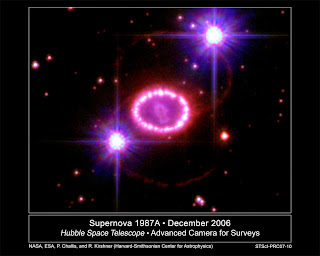 Hubble is in decline now, since NASA has retired the space shuttle – the only vehicle which could be used to service the telescope.  Over the coming years, Hubble’s systems will slowly degrade, until a final critical failure of some kind renders it useless.  Its successor, the James Webb Space Telescope, is mired in funding problems as NASA struggles to maintain itself in these fiscally trying times.  Whether JWST makes it up or not, when Hubble images its last, I for one, will shed quite a few tears.  No other instrument, before or since, has done what Hubble can – inspire us all with wonder at the visions of the universe it provides.

3. The Apollo Missions to the Moon
We’ve been to the Moon.  Men from Earth have stood on the surface of the Moon and looked up at the fragile blue planet we call home.  It was real, we went there.  It was not, as so many people believe, an elaborate hoax.  And it is one of the most inspiring stories of human exploration ever. 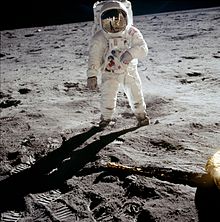 Exploration is always challenging.  But in reaching for the Moon, we had to overcome seemingly insurmountable obstacles.  There is no water or air on the Moon.  Gravity is dramatically less, so machines behave in different and unexpected ways.  We had no idea what the surface of the Moon was like, or how men would react – physically and psychologically – to being in space or on the lunar surface.  And yet, in the space of a decade, we went from dreaming about it to being there.  I hope one day, NASA will be able to have that kind of drive and vision again.  If you don’t know the story of our journey to the Moon – check it out.  It’s worth it.

2. The Night Sky
There’s something entirely captivating about a dark night sky.  Looking up at the stars is a wonderful, peaceful thing to do in a world that sometimes overwhelms us with activity.  And sharing it with someone you love, or even someone you’re never met, makes the experience all the more special.  My daughter and I have looked at the sky since she was a tiny baby.  If you’ve never enjoyed a dark night sky – here’s a goal for the new year.  Attend a star party.  Look through a telescope for the first time.  Just go outside one night and look up for a while.  And when you do, remember that all of humanity shares that sky with you.  No matter how far away, no matter how long ago they lived, everyone everywhere has seen the same stars that you can see just by looking up. (I miss you, Dad.)

We’re in danger of losing our night skies forever as we turn on more and more nighttime lights.  Losing the sky means losing a powerful part of our heritage.  Don’t wait too long to see it – or it might not be there for you to enjoy.

1. The Mars Curiosity Rover
We’re headed back to Mars!  Mars is a simply fascinating planet, and our exploration of it has only made it seem more intriguing.  While we’ve found no canals or war-like Martians, we have found tantalizing evidence of massive amounts of water having once covered the Martian surface…and even indications that there once may have been…and even yet may still be…life on our rusty red neighbor.  The Curiosity rover is due to launch on November 25th, with a eye to landing on the Red Planet this fall.  I can’t wait to see what amazing new discoveries it will show us.  Stay tuned!

I wish you all a safe, happy, and joyful Thanksgiving!
Carpe Noctem!
Kelly