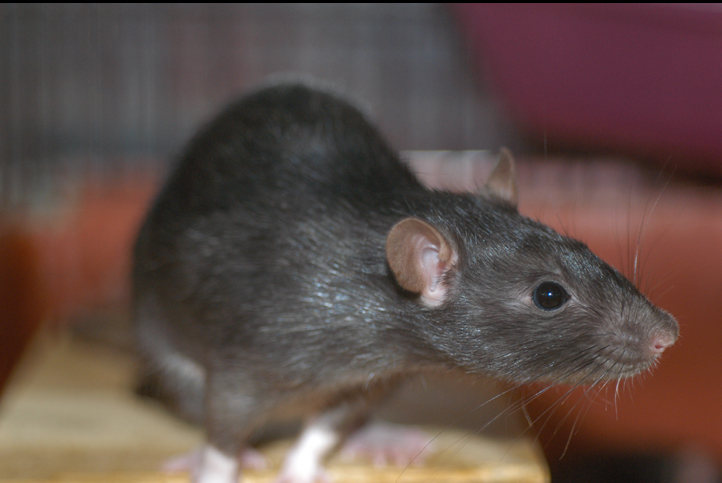 The Allegheny woodrat (also known as a packrat or trade rat) is a member of the rodent family. At one point endangered in the state of Maryland, the packrat has found a steady population in Virginia. This mammal lives in rocky environments where it can stay hidden in crevices from predators, as well as other rats. In fact, this mammal is rarely seen by people.

This anti-social species received its name from its affinity for collecting things. When it does venture out of its home it can be found collecting materials such as feathers, shells and skulls, plus man-made materials such as coins, bottle caps and jewelry. It will collect any material that is small enough for it to carry. These materials are then placed within its nests or food piles. The woodrat will also trade out supplies. While carrying an item it may come across another it finds more intriguing and proceed to take the new treasure and abandon the original find. This love of ownership makes it very territorial.

The woodrat typically has a shy demeanor, but becomes aggressive when confronted. It will warn off opponents, whether a predator or another rat, by chattering its teeth, stomping its feet or thumping its tail. Woodrats have been known to fight one another over food, nests or collected items. Though only 17 inches long and weighing at most a pound, these rats can fight viciously. They will claw, kick, hit and bite one another until one of them retreats. Frequently these fights lead to cuts and scaring.

Woodrats look like other rats. They have a grayish- brown colored coat and a white belly. Their furry tail is brown at the top and white underneath. They have rounded ears, long whiskers and large eyes. They also have a keen sense of touch, sight and hearing that benefits them during their nightly hunts.

The inconspicuous woodrat is nocturnal, being most active at night. It will search for vegetation such as leaves, seeds, plants, nuts and berries to eat and also to use as nest material. During the day woodrats hide from predators such as owls, coyotes, foxes, snakes, skunks, bobcats and weasels.

The woodrat lives about three years. A female can produce two to three litters during her life.