We recently participated in the largest seagrass restoration project in the world run by the Nature Conservancy and Virginia Institute of Marine Science. We were trained to identify and collect the seed bearing structures of eelgrass while snorkeling over thousands of acres of a lush underwater field of grass outside of Oyster, Virginia; to date the project has distributed over 70 million seeds! 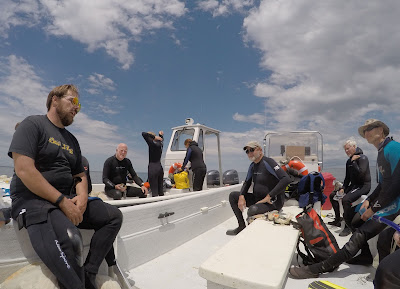 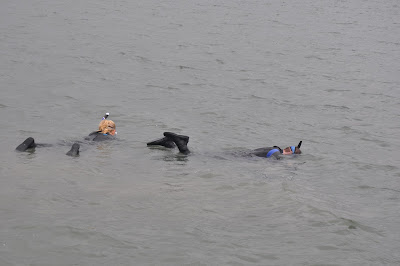 Britt and Corey snorkeling over the seagrass 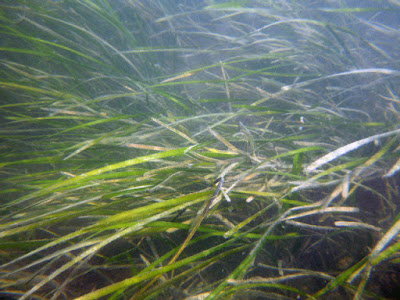 An underwater video of the grass

Sea grass meadows flourish in wide shallow expanses behind barrier islands and inlets that would ordinarily be mud flats. Once the grass gets established in large enough patches, their extensive root systems provide stability to the sediment, and the grass blades themselves act as a buffer against wave action by absorbing and diffusing wave energy. But most essentially, the grass becomes a complex habitat for a wide variety of invertebrates, crustaceans and larval fishes as well as food for a wide variety of waterfowl. 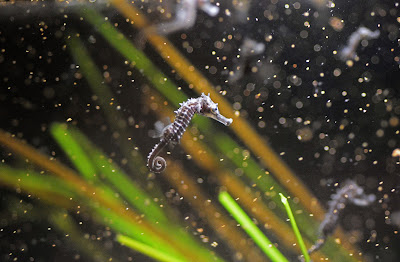 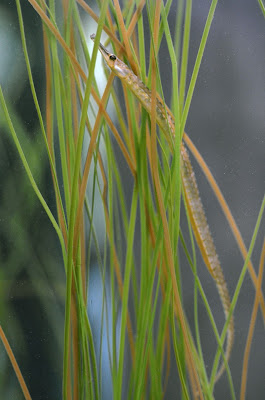 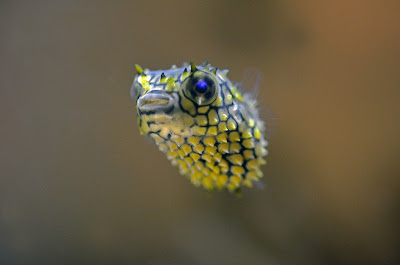 The goal of the project is to restore wide swaths of original sea grass habitats that had been lost over the years due to disease, physical damage by hurricanes and poor water quality. Excess nutrients and sediment run-off  (the two major factors behind almost all of the Bay’s problems) cloud the water which prevents adequate sunlight from reaching the plants and may also smother young shoots. In areas with good water clarity, enough depth to keep the grasses submerged throughout the tidal cycles, the grasses can flourish, but they need the head start. That’s what the project intends to accomplish. 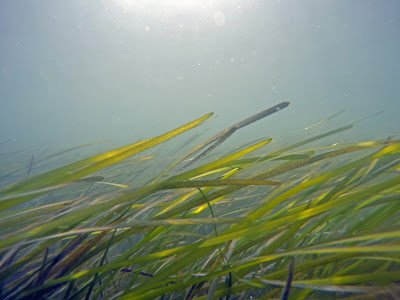 The Nature Conservancy trains and leads volunteers to collect and subsequently distribute as many seeds as possible. The first step in the project is where the volunteers (us) come in. Around the last week of May each year, the Nature Conservancy schedules 5 rounds of collecting for approximately 15 volunteers to accompany their staff. Two Carolina skiffs transport volunteers and crew out of the Oyster boat ramp to the grass beds in South Bay where the grass is flourishing. Snorkelers then pluck the seeded grass shoots and fill mesh bags for transport back to the aquaculture facility. For the three days of the five in which the weather held out, enough seeded grass was collected to fill twenty three 40 gallon trash bins! The seeds will subsequently ripen and fall out of suspension in the holding tanks where they are collected and then distributed over potential grass habitats. Hopefully they take root, and sprout into full-sized eel grass. 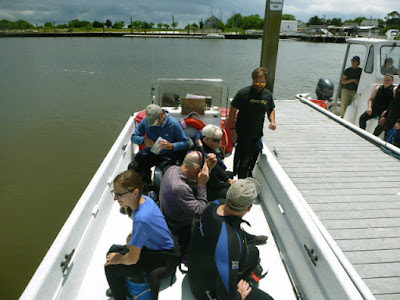 Getting ready to head out 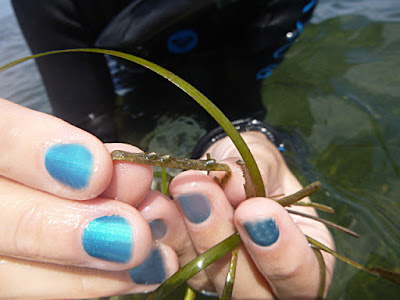 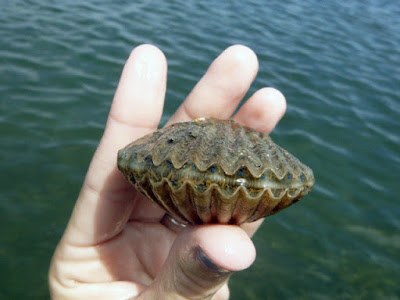 Patrycja even found a feisty bay scallop, which have been almost wiped out of the Chesapeake Bay and are slowly returning. 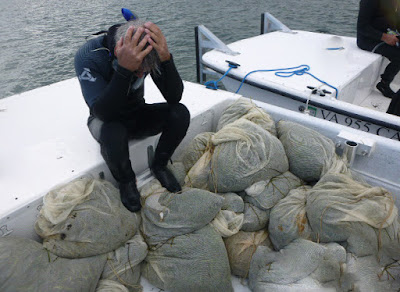 It’s overwhelming how much seagrass (in the mesh bags) was collected in such a short time! 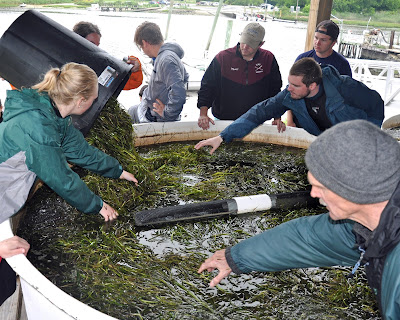 After collecting, the grass was measured and poured into large trough tanks on shore for cultivation. 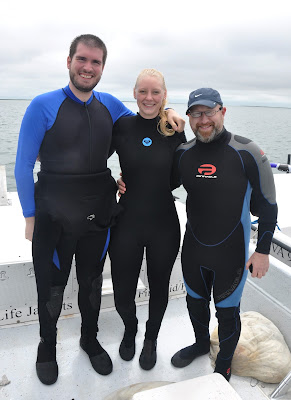 Corey, Britt, and Karl on our first day out

Judging by the expanse of eel grass over which we were snorkeling, the project is obviously working. It’s encouraging to imagine larger and larger expanses of eel grasses and the animals this ecosystem supports. As with most conservation projects, it will take time, some luck and a lot of effort. We played our small part this year, but we eagerly look forward to helping out with an increased effort next year and swimming through those beautiful grass beds again.